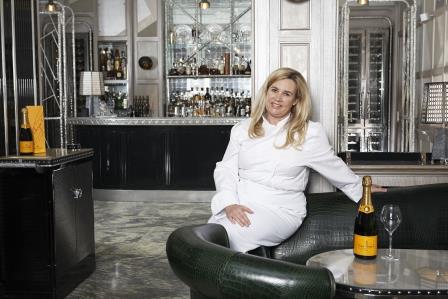 After three years under his tutelage both in business and in the kitchen, she returned home to the family restaurant, Chez Darroze, in Villeneuve-de-Marsan in the Landes region. There, in 1995, Darroze's father gave her the keys to the kitchen, where she spent the next four years refining her culinary style and honing her skills.

At the age of 32, Darroze closed the family restaurant and set her sights on Paris, opening her eponymous restaurant on the Left Bank to critical acclaim and widespread commendation. Darroze's talent and heartfelt contemporary French cuisine caught the attention of the Connaught, leading to the opening of Hélène Darroze at the Connaught in 2008.

Seven years on, Darroze remains head chef at Hélène Darroze at the Connaught and her namesake restaurant in Paris. She travels regularly between Paris and London with her two children, Charlotte and Quiterie, overseeing all aspects of her businesses.

An integral and common thread in Darroze's restaurants is not just her impeccable gastronomic expertise but the seasonal, authentic ingredients that take precedence in her contemporary French recipes. Darroze has spent a lifetime gathering her network of loyal suppliers, allowing her the freedom to create stunning seasonal dishes using the freshest, highest-quality produce the market has to offer. One of Darroze's signature dishes - squid ink risotto with sautéed squid and chorizo, confit tomatoes and parmesan foam - exemplifies her cooking: it is simultaneously complex and modest, but also impeccably balanced.

As well as being named the Veuve Clicquot World's Best Female Chef 2015, Darroze's other accolades include admittance into the French Legion of Honour as a Chevalier by President Nicolas Sarkozy in 2012. Darroze's likeable and even-handed personality inspired the character, Chef Colette, in the 2007 Pixar Animation Studios' hit Ratatouille. She is also a judge on France's Top Chef 2015.