William Drew, Group Editor of The World's 50 Best Restaurants, said, "Ana Roš is a very worthy recipient of this year's World's Best Female Chef honour. Her precision, attention to detail and imagination distinguish her as a true leader in global gastronomy. Her passion for local ingredients, her investment in people and her commitment to elevating the culinary arts in her native Slovenia make her an inspirational role model." 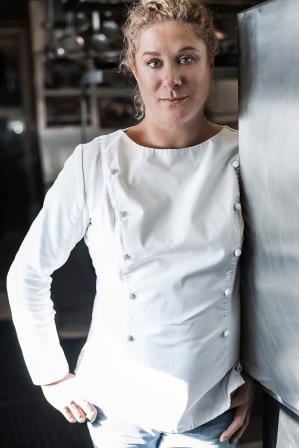 A self-taught chef, Roš grew up influenced by the cuisines of Slovenia's neighbouring countries - Italy, Hungary, Austria and Croatia. At Hiša Franko, Roš draws inspiration from Slovenia's culinary heritage and ingredients, adding audacious, surprising twists to traditional dishes. Housed in an historic 1860 building, Hiša Franko is a family business with Roš working alongside her sommelier husband, Valter. Together they present an innovative, inviting dining experience that evokes the warmth and hospitality of a private residence. With Hiša Franko situated in Slovenia's beautiful Soa Valley only three kilometres from the Italian border, Roš takes full advantage of the location to source ingredients from local producers.

A former national ski champion, Roš originally pursued a career in the diplomatic corps. In 2000, however, she and Valter took ownership of Hiša Franko from Valter's father, prompting Roš to begin her gastronomic journey. While honing her culinary skills, Roš discovered the exceptional quality and diversity of Soa Valley produce. Building on this foundation, Roš developed a sophisticated, seasonal menu that highlights the freshness of local ingredients and introduces gourmands to the traditions of her native cuisine.

Roš follows in the footsteps of a series of notable female chefs in holding this prestigious title, including the inimitable Dominique Crenn in 2016, as well as Hélène Darroze (2015), Helena Rizzo (2014), Elena Arzak (2013), Nadia Santini (2012) and Anne-Sophie Pic (2011). The selection of this year's winner also reflects the broad gastronomic geography of The World's 50 Best Restaurants brand, shining the spotlight on a chef from a relatively little-known culinary country.